Did you see a Lego House at Denbies? 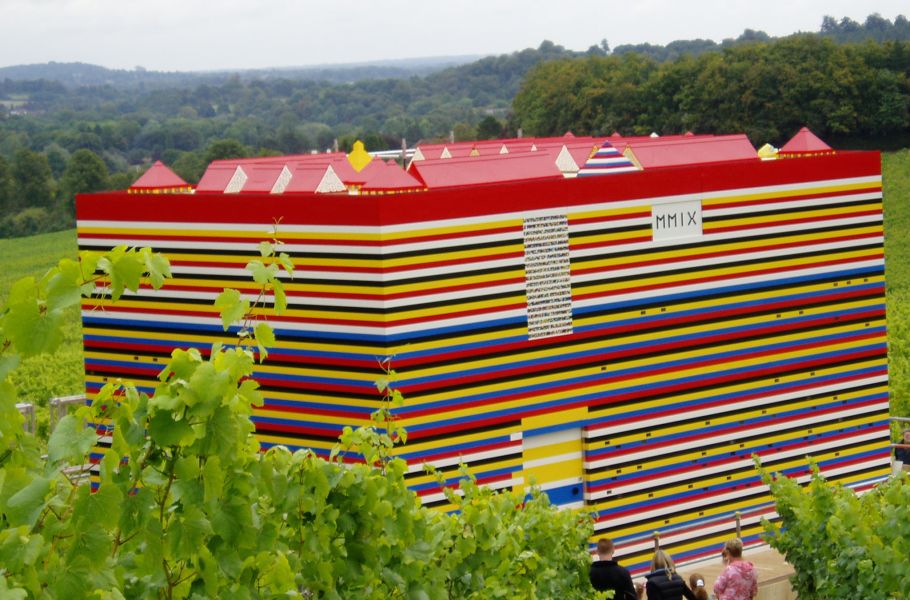 In 2009,a large Lego house was being built at Denbies Vineyard in Dorking.

A Lego House in Surrey 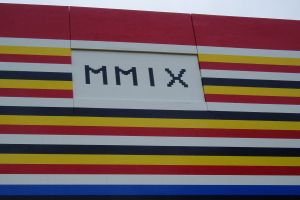 The house was being built as part of the BBC2 television series, ‘James May's Toy Stories’.

As the vineyard is near to where we live my husband and I decided we should go and take a look. We visited on many occasions to see the progress.

I offered to help with some of the building and was put to work with a team of volunteers, making the breeze block bricks. These bricks would be added to the wooden frame of the house. 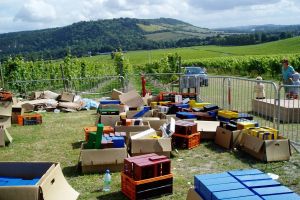 I was also allowed to take a look at a few of the accessories that were being made to go inside the house. These included a bonsai tree; bottles and cups; a Lego cat; and a bed. The red swivel chair arrived at this time and was impressive. 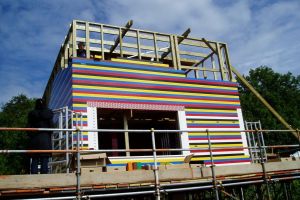 We visited many times to watch the progress. We noticed a crack appear from the base of the house, which grew up as the house continued to be built.

Over the weeks visiting many times we took a few photos. We also looked online and hey wasn’t that Geoff and I standing in the photo too?

The house was finally built and James May was able  to stay overnight He had built the world's first full-size Lego house. It included a working toilet, hot shower and a very uncomfortable bed. 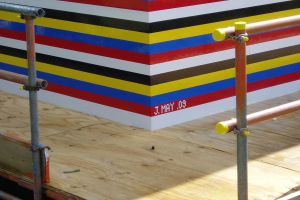 ‘But unfortunately, it was obstructing the grape harvest at Denbies so faced demolition. James May wanted to buy it but didn’t have a garden. He sought an owner via Facebook. Legoland rejected it because it cost too much to dismantle, transport and reassemble. When no last-minute buyer was found, the house was destroyed.’ 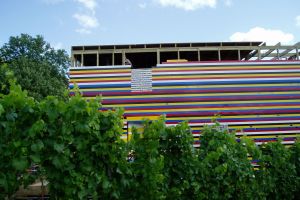 But watching it being built was certainly fascinating and in reply to children’s questions in school, ‘Do you live in a Lego House?’ I could now answer ‘No!’ but I did help make the house for James May at Denbies – well a little bit.

The same year our topic at school was 'Our Neighbourhood', I was inspired me to make a few houses for my classroom display.

Having visited Denbies and watched the James May Lego House being built it inspired me to build a few of my own.

Our school topic was ‘Our Neighbourhood’.

Having got a quite a few basic bricks of my own and using a houses worksheet showing different types of houses I decided to give it a go and build my own.

I sat in my sunny garden over the summer making each of the houses in turn.

I made a detached house;

I even made a caravan.

I also had an old 'Town Square' Lego set and this was added to my display.

Recently the houses have appeard in my garden where my grandson's Lego houses stand. It is becoming a Fairy village.

Read about the Fairy Houses in my garden Here.

Find out more about my building, buses and book adventures by signing up for the website Newsletter 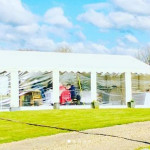 What would adults ask?
I was asked to talk about my writing journey as a guest speaker at a writing retreat... 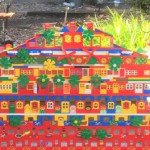 Can you build a Lego play-house?
Having made a few Fairy Houses, for my grandson. I looked at all of my Lego, I wondered if those bricks were breeding as they certainly seemed to be... 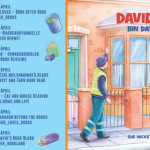 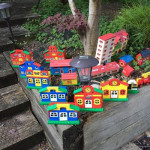 Lego Fairies
The Lego seems to be taking me on a new journey...
Joomla SEF URLs by Artio