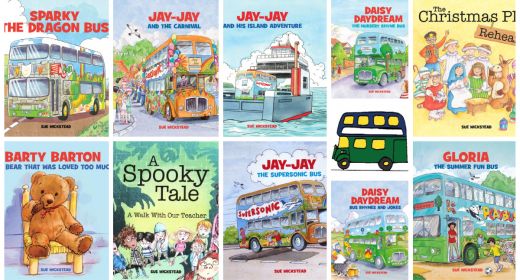 This is the question I’m always asked when talking about, and showing, my books.

I’d love to say it was me but I only drew the initial story board.

Everything else came about by chance. 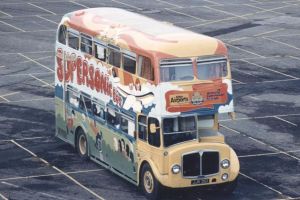 In 2012, following the publication of my photographic history book I began story-telling about the real bus which led me to write the first of my fictional stories. From Fact to Fiction.

When the book was ready, I decided to go ahead and publish it.

I had a publishing company, who would help with this.

‘What sort of illustration do you want?’

That was the question that led me to self-publishing.

What sort of illustrations indeed?

All I knew was that it was a real bus and needed to reflect this, not a bus with ‘googly eyes’ like ‘Thomas the Tank Engine’ or Disney’s ‘Cars’.

I used the original photographs to draw my own story board.

This helped when reading the original draft in the schools when I visiting as a supply teacher.

The children always commented that they thought the illustrations were good. But I knew they weren’t; children can be so polite.

I looked into various suggested illustrators, but found myself confused and overwhelmed.

It was then that I came across Artful Doodlers. 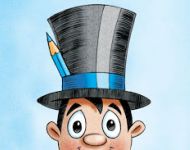 This was one of the illustration companies I contacted, Chrissie Boheme, the owner, came and met with me.

Chrissie listened to my ideas and talked about my initial story board.

She also looked at the original bus photographs and went away to come up with a plan.

Her role would be to find a suitable illustrator; to sort out the text layout; to get the book complete and ready to be published with both Amazon KDP and Ingram Spark.

At all stages of the process, Chrissie listened and advised me as to how the book was progressing.

I was pleased that Chrissie was also able to question and suggest a few text changes.

Jay-Jay the Supersonic Bus in print 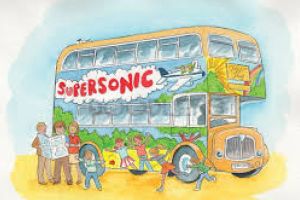 The book was finally ready to print in 2014 and since then I have remained with Artful Doodlers, with my following picture story books.

I have enjoyed the care and the help that I have been offered along the way.

Each of the story books have now been on ‘Blog tours’ with book bloggers taking the time to read and review.

There have been so many favourable comments on the great illustrations and I am pleased with the whole process of self-publishing.

With self-publishing I have been able to take ownership of my books and have a say in the type of illustrations used.

An original publisher, who was interested in the book told me that, despite the bumpy journey I was heading on, that I had indeed done everything I needed to do.

I was told that had I gone the formal publishing route the publisher would have wanted to use their own illustrator and would probably have used a bus with ‘Googly Eyes’. Something I didn’t want.

Indeed, the self-publishing journey is a bumpy and slow ride, especially with children’s books., but I’m glad that the children love the books and I love the favourable comments about the illustrations.

Artful Doodlers has also produced 3D bus templates to go with each bus book when bought direct from me and my website or at events. 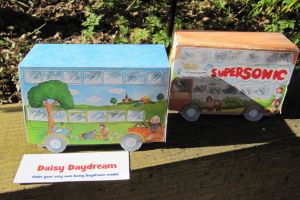 We hope to work on a Playbus colouring book as well as an activity book in the future.

Read more about the Doodlers here. 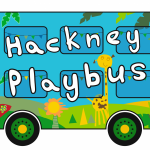 Number 10 Bus
Hackney Playbus are setting up a crowd funding campaign for a new mobile...