Supersonic the Bus that Flies 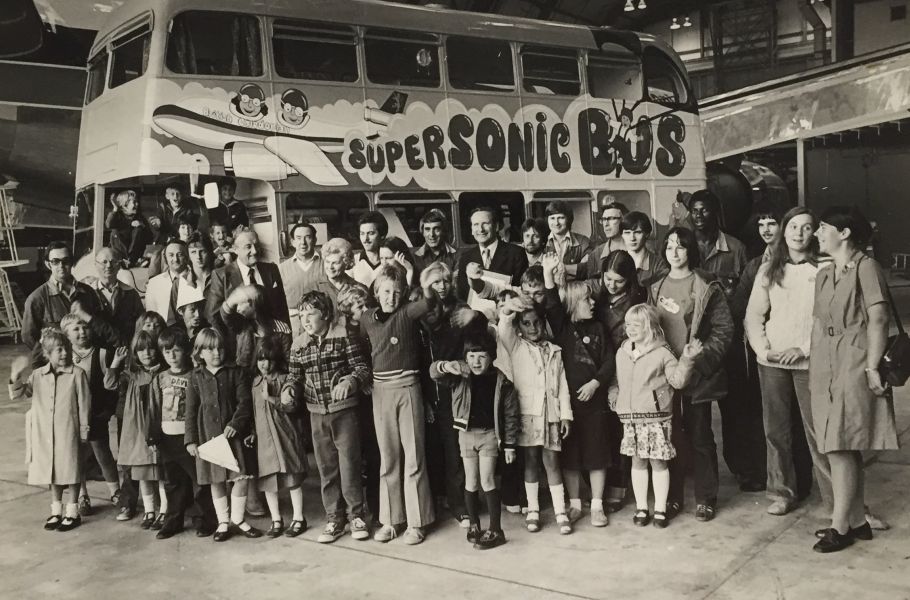 This summer, the 2018, August edition of the Flybe magazine contained an article regarding the Bewbush Playbus books and the fictional tales of Jay-Jay the Supersonic Bus.

So why and how did this come about? 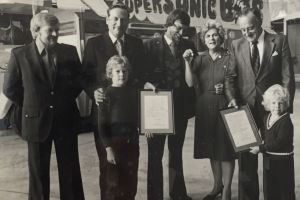 The real bus, named ‘Supersonic’, was the first such playbus play project in the South-East of England. It had close links with Gatwick Airport Authority and was converted by the apprentices of British Caledonian Airlines as part of their apprenticeship training and community involvement. 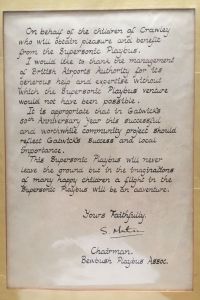 The initial idea for the playbus had been started with funding from the Queen’s Silver jubilee Awards and was a part of the Girl Guides Community scheme, 1977. The bus was meant to serve the new and expanding area of Bewbush, which was without a definite centre or even community school for the young children. 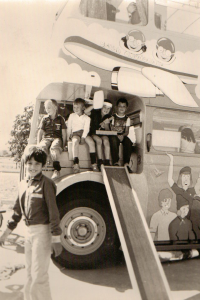 The playbus became a regular feature in the town and was much loved but it was always in need of support and funding.

The charity maintained close links with the airport and the airlines, at times helping out with children’s entertainment during times of flight delays and air-traffic control strikes. 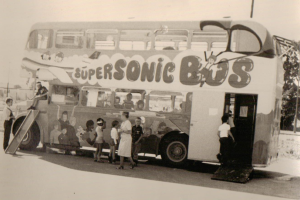 My children went to the playgroup and we loved the bus. It was different and certainly unique. We became involved in the running and the promotion of the Playbus, helped to raise the necessary funding to keep the charity going as well as help to buy a replacement bus. 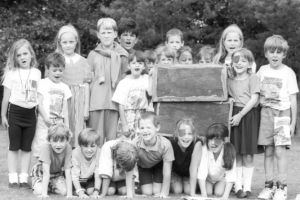 As such an exhibition and history of the project was put on public display demonstrating how much the Playbus had to offer. Having also made links with the National Playbus charity we met many other mobile projects learning and sharing ideas and could see the bus had so much more to offer than just the successful playgroup it housed.

When the bus came to an end due to financial problems it was suggested the photographs should be put into a book.

The book, published in 2012, was of local interest and as such had a limited audience; it was added to the local and county libraries and a copy was also given to each school in the town as a record of this important piece of the towns social history. 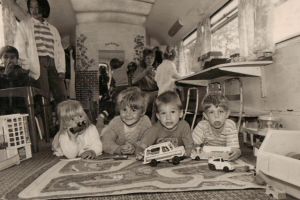 The book outlines and explains what the bus did but also what it could do.

Many children have never travelled on a double-decker bus and certainly not a playbus full of toys.

This led to the writing of a fictional story, Jay-Jay the Supersonic Bus’, based on the real bus. JJK261 was his real registration number and hence the name.

This has now led to five further children’s story books all bus related.

Over the years visiting many schools, across Sussex and Surrey, sharing both the fact and fictional tale it has been good to meet many Playbus users, now grown up, who have very fond memories and recollections of their time with the Playbus. It really was a special and unique project.

The reaction is always the same:

What a shame the project no longer exists.

We wish it was still around.

But at least it does continue even if only in books (both fact and fiction).

This year in particular there has been a lot of interest shown in the original Playbus. With its close links to Gatwick Airport and the Airlines it is an important piece of social history.